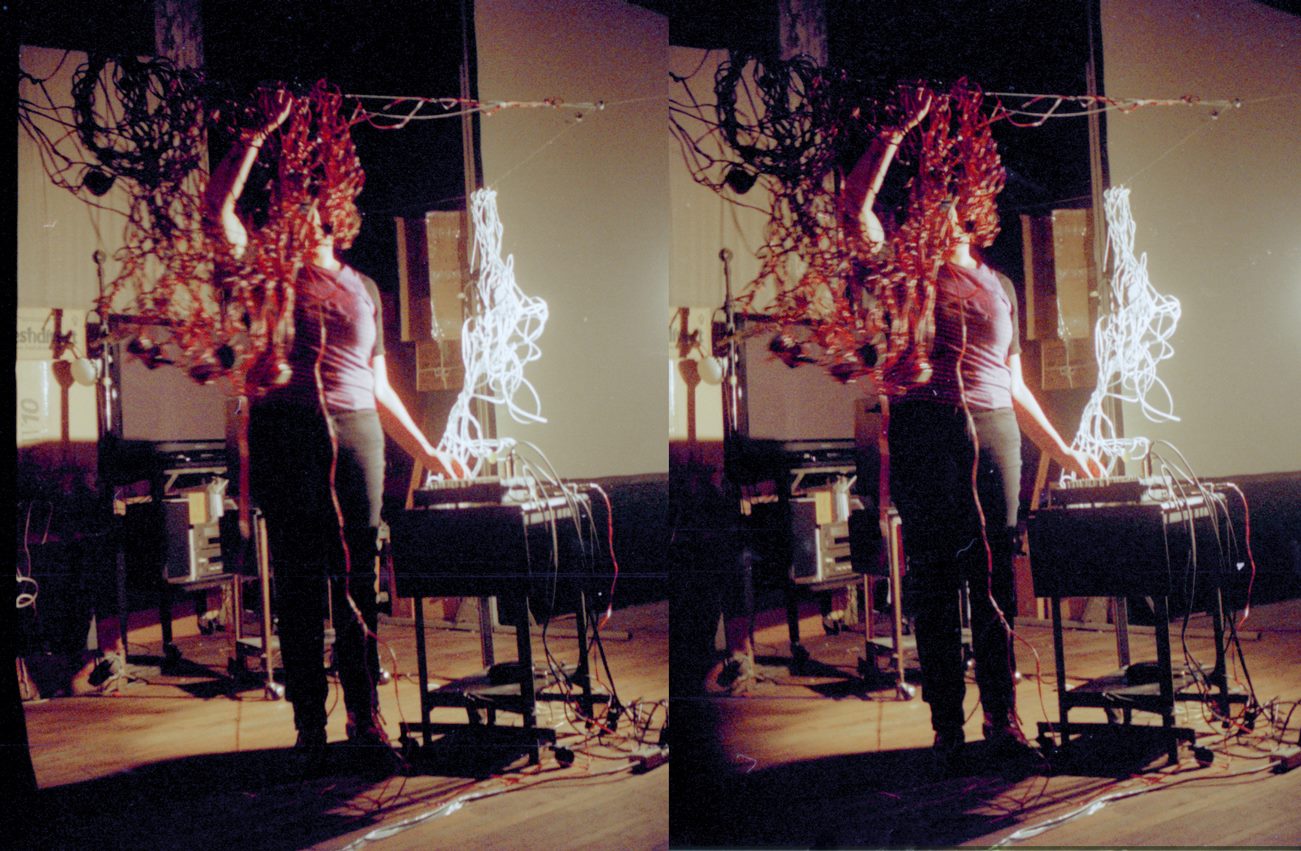 RED, is a work investigating interactions with unstable acoustic feedback systems. Because the piece works as a cluster of sonic feedback that is sensitive to its surroundings, the sounds and movements in the space affect and shape the sonic result. This kind of exploration invites performers and audiences into the space, where they both affect and are affected by the sound phenomena. Sound is modulated by “presence” and “touch” and occupies the space as acoustic architecture. In a performance context, these devices challenge the idea of control between the performer and the electronic instrument. They are systems that seem to have some independence, or even life on its own proposing an alternate  “organic” electronic logic.