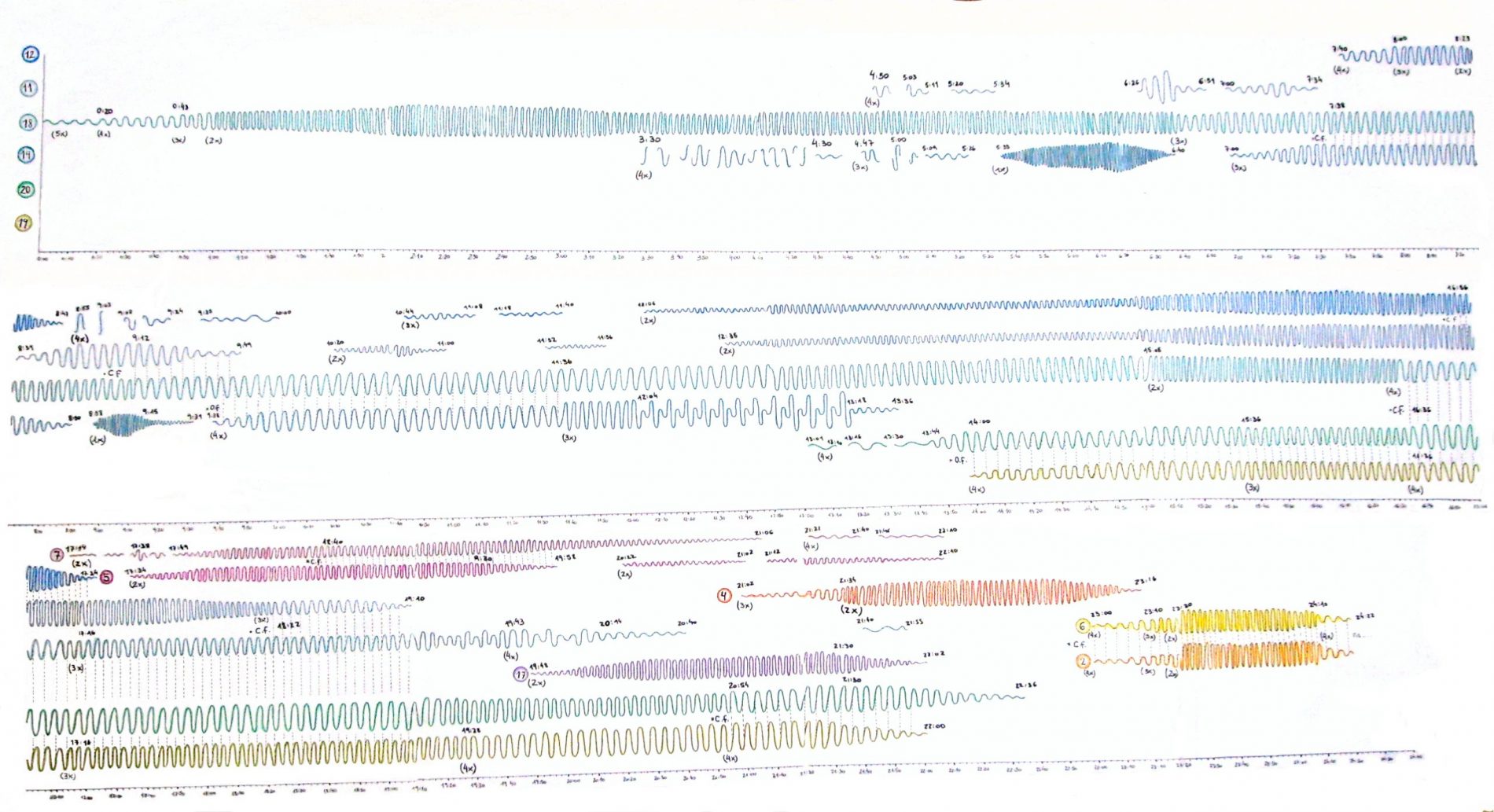 Composed in 2002, Copas is written for twelve crystal goblets with defined pitches. The score shows the movement that the musician has to perform with his finger over and around the circular edge of the goblet as time progresses, making an analogy with the sinusoidal wave.  The piece focuses in the interference between sounds, in the “beat frequency” phenomenon and in the acoustic effects produced in the listener.

Copas was performed for the first time at Centro Cultural Rojas, as part of a program called “Composers of the last generation” together with other works of young composers. It was also performed at C. C. Archibrazo in 2003, Experimenta Festival in 2005 and at the Buenos Aires Superior Conservatory in 2008.